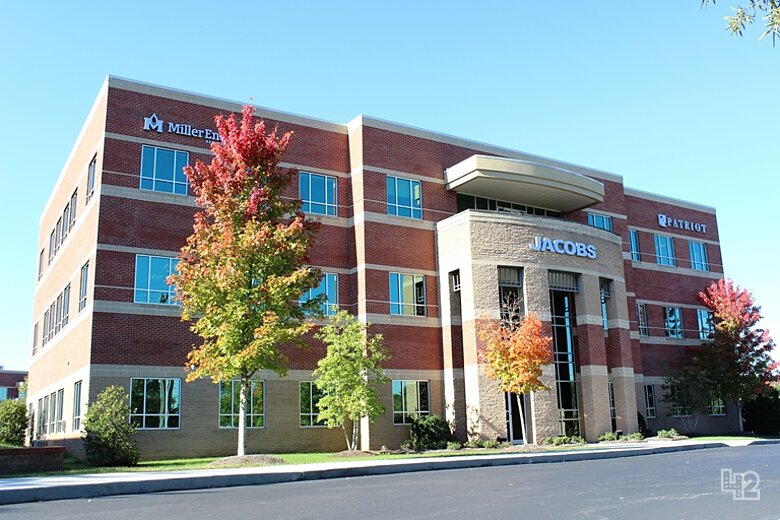 CIC Services, LLC helps clients make an informed decision to create a Captive Insurance Company, facilitates the many steps necessary to install a captive, assists captives in matching their assets to their expected liabilities, and provides ongoing administration and compliance services to keep the captive in good standing during its lifetime. 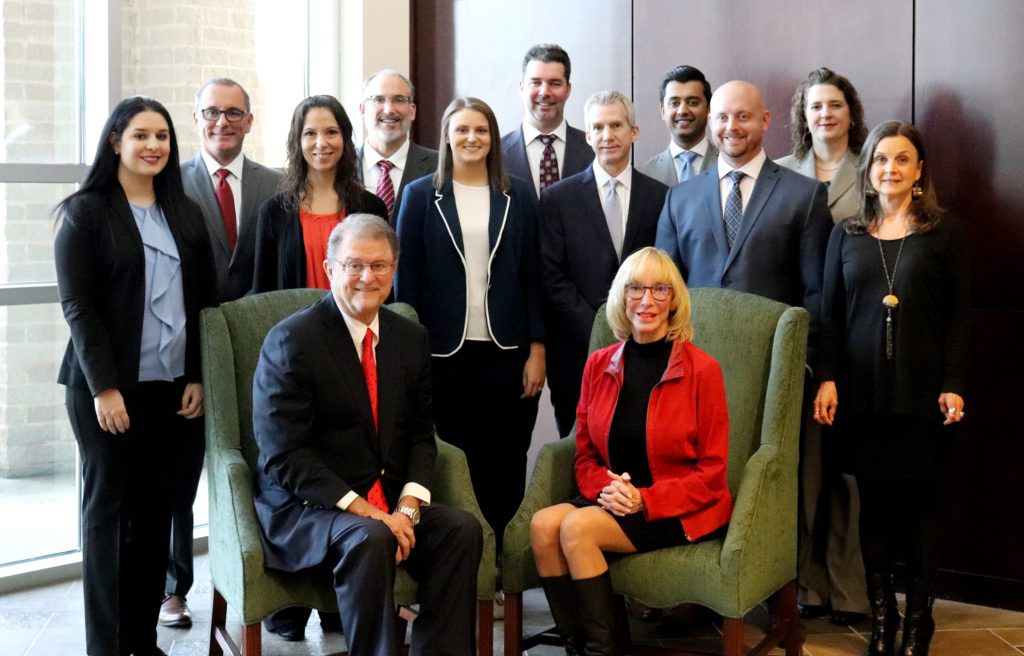 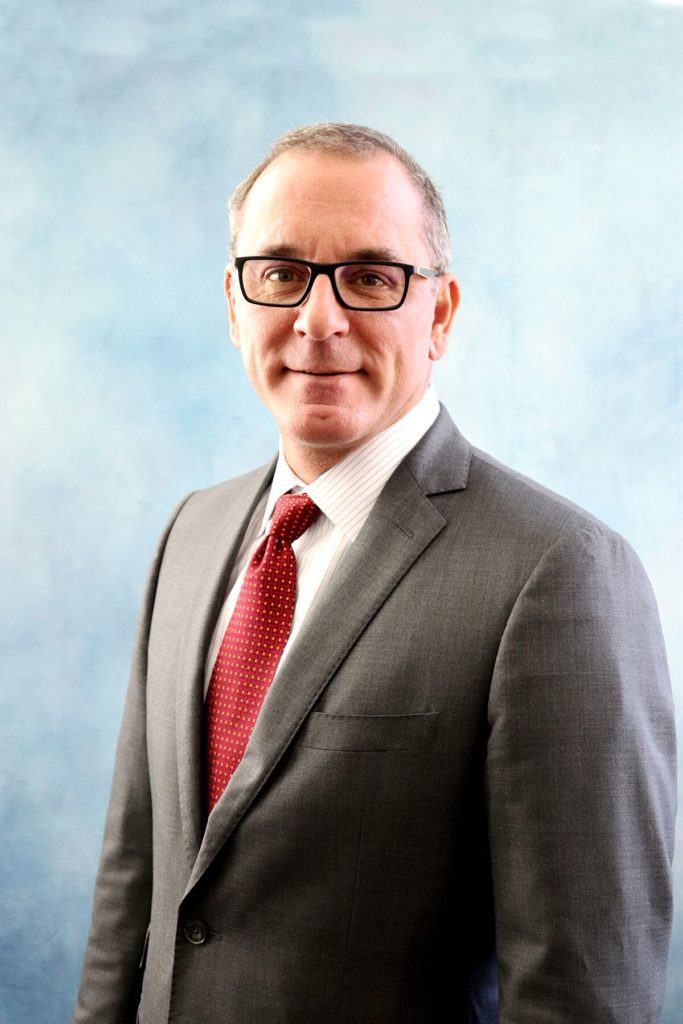 Sean is a Principal and one of the Founders of CIC Services, where he serves as In-House Counsel. With a background in accounting, law, taxation, and insurance, Sean is uniquely qualified to work in the captive insurance industry.  He co-founded CIC Services in 2005 and specializes in creatively structuring captives to assist clients in achieving their risk management, asset protection, and wealth accumulation.  In 2015, Sean served on the Captive Insurance Companies Association (CICA) committee that developed CICA’s formal Information Statement On Small Captive Insurance Companies.  He has also been a panel speaker on captive insurance companies with CICA and at continuing professional education conferences of the Estate and Trust Section of the American Bar Association.

Sean currently resides in San Juan, Puerto Rico with his wife and soul mate, Cindy.  He is the proud father of identical twin sons, Shelton and Logan, and a daughter, Clara. 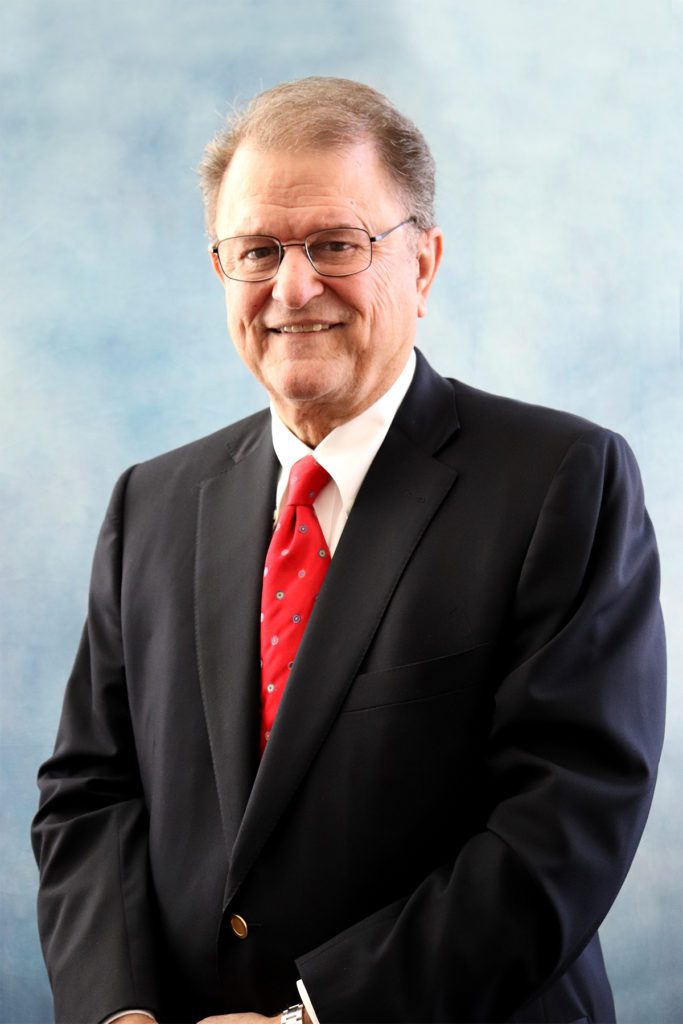 Thomas N. King (Tom) is a Founding Principal for CIC Services, LLC, in Knoxville, TN. Tom’s career as an advanced financial professional began in 1970. He helps clients design ownership in a Captive Insurance Company so they can better achieve risk management and asset protection goals.

Over his career, Tom has become known in his profession for his dedication and exceptional ability to find the very best financial solutions for clients. Moreover, his solutions provide clients the ability to spend more of their wealth throughout their lives, achieve their wants and dreams, yet preserving significant wealth in their estates. And, most importantly, his goal is to achieve these results with no additional net out of pocket costs to clients.

For almost 30 years Tom served as the head of one of the largest Financial Services Firms in East Tennessee, as General Agent for MassMutual Financial Group and Mutual Benefit Financial Group.

He has been an Elder in the Presbyterian Church USA since 1978, is a member of Fox Den Country Club and is a member of several professional organizations. Since 1969 he has been married to his high school Sweetheart, Laura Jo Nelson King and is the father of Sean G. King, JD, CPA, MAcc and Rachel Renee King Green. 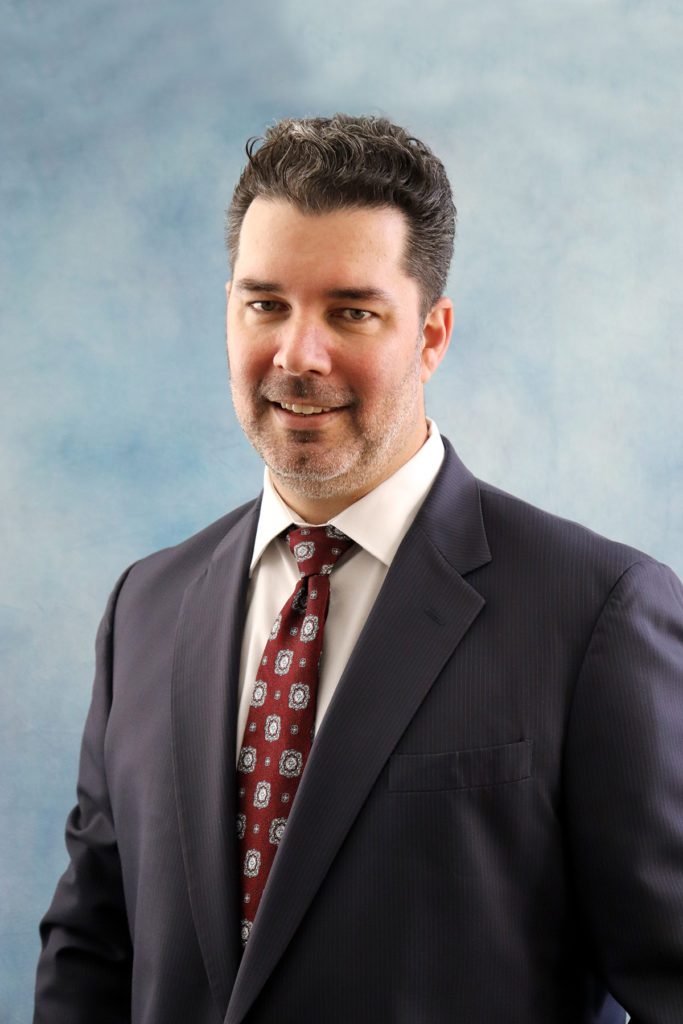 Bryan Ridgway is the Managing Partner of CIC Services, LLC, and leads the company in two areas: 1) working with clients on structuring all-new captive formations, and 2) overseeing all client related management and administrative services. Prior to joining CIC Services, LLC, Bryan served as Finance Director for Professional Holding Company VI, LLC (PHC) where he oversaw the start-up and development of their Captive Management program. Under Bryan’s supervision, PHC’s captive program grew to manage over 50 captive transactions in just under 5 years.

Bryan has over 10 years of public accounting experience, most recently as a Senior Tax Accountant specializing in Captive Insurance and Localized Tax Incentive Programs with Heyman and Associates of San Diego, CA. 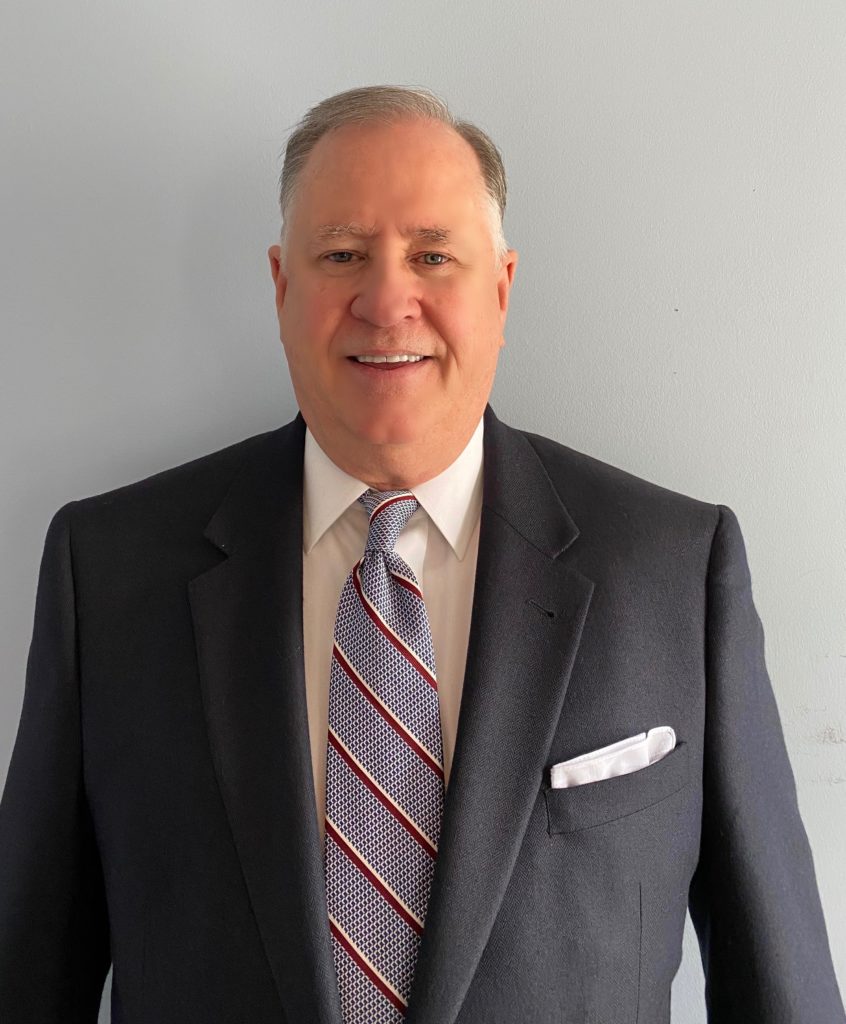 William J. Rogers II (Bill) graduated from the University of South Carolina-Columbia with a Bachelor of Science Degree in Business Administration in 1976. Shortly thereafter he began his financial services career as an agent with MassMutual. Just a few years later he earned his CLU and Chartered Financial Consultant designations from the American College in Bryn Mawr, PA.

In the year 2020, William J. Rogers II (Bill) took advantage of an opportunity to be a part of the firm his friend of over thirty years, Tom King, CLU, began with his son, Sean King, JD, CPA, MAcc, in 2005, CIC Services, LLC.

Tom and Bill served — concurrently — as agency heads in separate cities, Knoxville and Atlanta, for one of the nation’s top financial services firms, MassMutual, and the two were participants in a “performance group” with eight other MassMutual leaders during that time. During his tenure, Bill also served as a senior officer for the company in the capacity of Director of Agencies for the Central Region of the US.

Since his years with MassMutual Bill has been a private investor with concentrations in small public companies and real estate. He also has quite a fondness for making furniture from exotic species of wood from around the globe and turned this hobby into a business, Live Edge Exotics, several years back.

With over forty years of experience helping business owners and professionals, leading high achievers, and running his own businesses, Bill readily exclaims that he is delighted to join such a rare group of top professionals with towering levels of business acumen, very high integrity, and many, many years of helping others.

His roots run deep as he is an eleventh-generation South Carolinian. Bill is a resident of Charleston, SC with his wife of twenty-three years, Debbie. The couple has two children, Joe, and Caroline, whom they love to spend time with as often as possible. 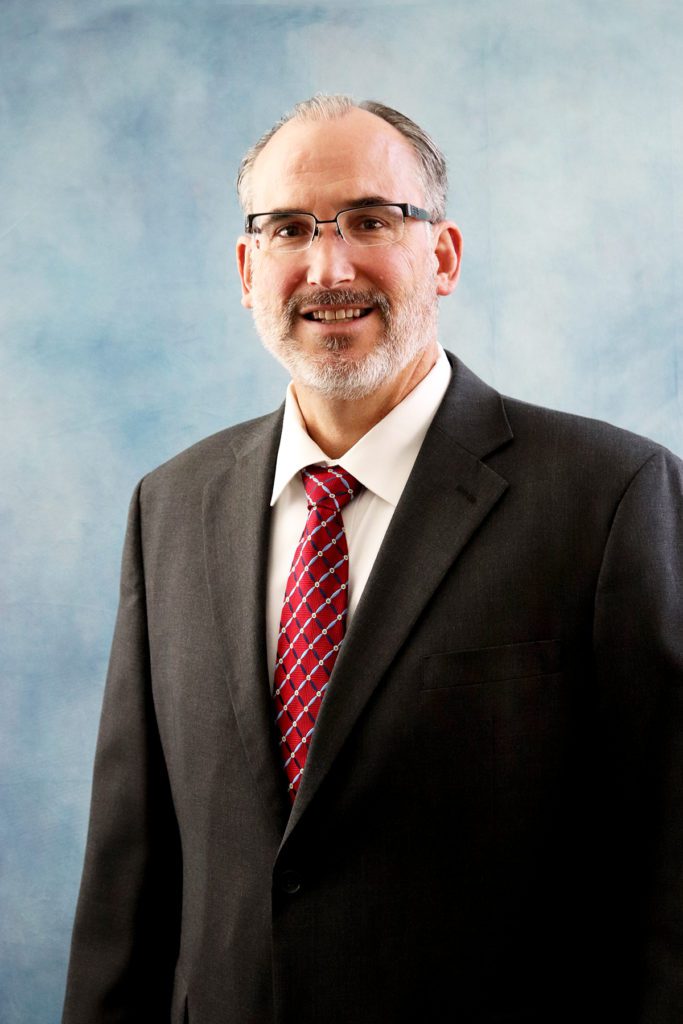 Randy has been a Principal with CIC Services since 2012.  He has been a Marketing and Communications professional since 2007 when he joined Procter & Gamble’s Brand Management Group. His career transitions have taken him from P&G to Pfizer Pharmaceuticals to the Ellison Group to Jewelry Television. He now leads Marketing and Client Empowerment for CIC Services, LLC.

Randy has an entrepreneurial bent and is active in investment real estate. He is an owner and principal in Woodlands Management, LLC. His partnerships manage over 400 residential properties. Randy received his Bachelor of Science degree from the United States Military Academy in 1992.

Randy resides in Knoxville, TN with his lovely bride of 26 years, Shannon. They have five children. Randy and Shannon helped found a Classical Christian School in Knoxville that is entering its 16th year with over 250 students. Randy still serves as school board president. 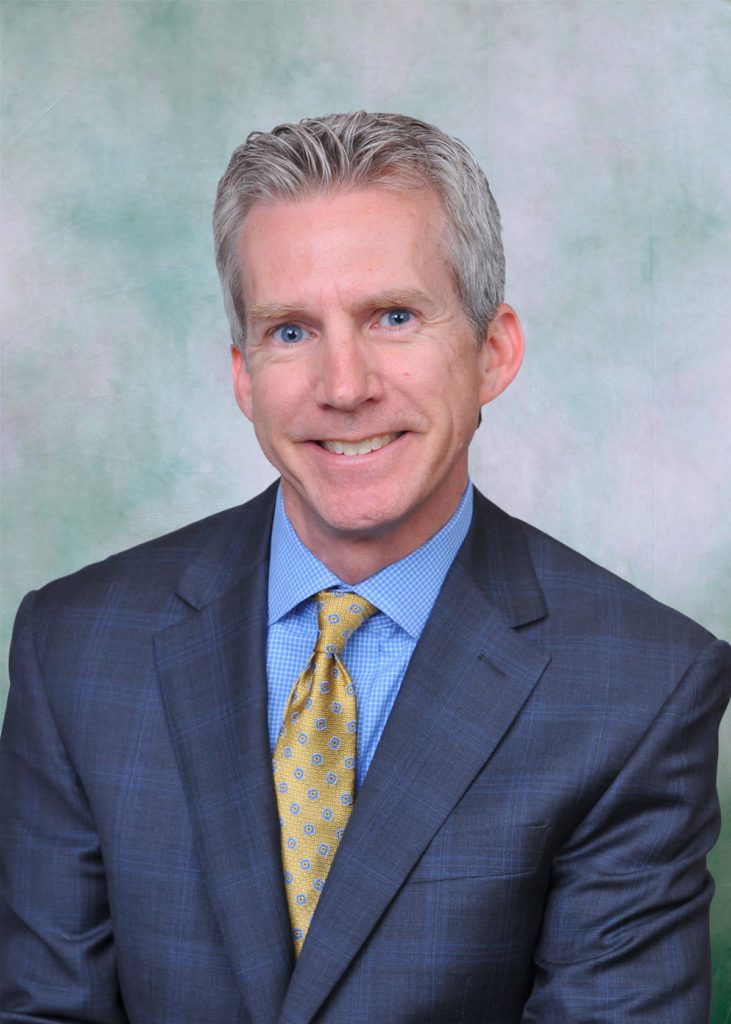 Tim’s 26-year financial services career began in 1989 as the Director of Risk Management for Pi Kappa Phi Fraternity where he oversaw the risk management and insurance programs for the fraternity’s four entities and 130 undergraduate chapters.

Early in his career as a financial services consultant Tim earned his CFP (Certified Financial Planner) designation and held the series 7 and 63 licenses. Tim has practiced as a financial consultant in the areas of employee benefits, investments, life insurance and qualified, and non-qualified retirement plans. In 2000, Tim co-founded, and was a principal, at Benefits Management Group, Inc. Much of Tim’s work during the course of his 25-year career has been with owners of privately-held companies.

Tim served as the Chapter Advisor of the Alpha Sigma Chapter (University of Tennessee) of Pi Kappa Phi for many years and is currently a member of the chapter’s housing corporation board. Tim has been a member of Cedar Springs Presbyterian Church in Knoxville, TN for approximately 20 years.

A native of Buffalo, New York, Tim received his BBA in Finance from the University of Oklahoma.

Tim, his wife of 24 years, and their children reside in Farragut, Tennessee. 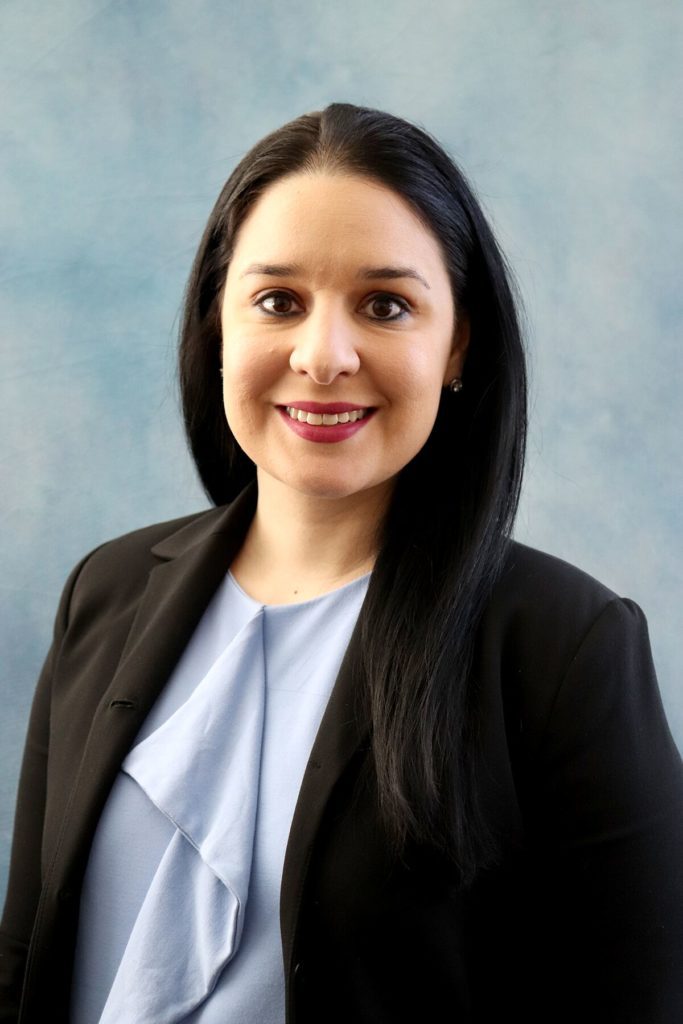 Alexis is an in-house Underwriter at CIC Services. She is responsible for underwriting complex property and casualty insurance risks for new and renewal client programs. Prior to joining CIC Services, Alexis spent 14 years in the Commercial Insurance P&C field. She worked in both the Account Manager and Marketing roles in the independent agency and global broker settings.

Alexis received her Bachelor of Science in Business Administration, Finance from the University of Tennessee in 2002, her Master’s in Business Administration, Management from Lincoln Memorial University in 2011 and holds both her Life and Health and Property & Casualty insurance licenses for the State of Tennessee. She has also completed her Certified Insurance Counselors (CIC) designation.

Alexis is a Knoxville native who enjoys SEC football, traveling and volunteering. 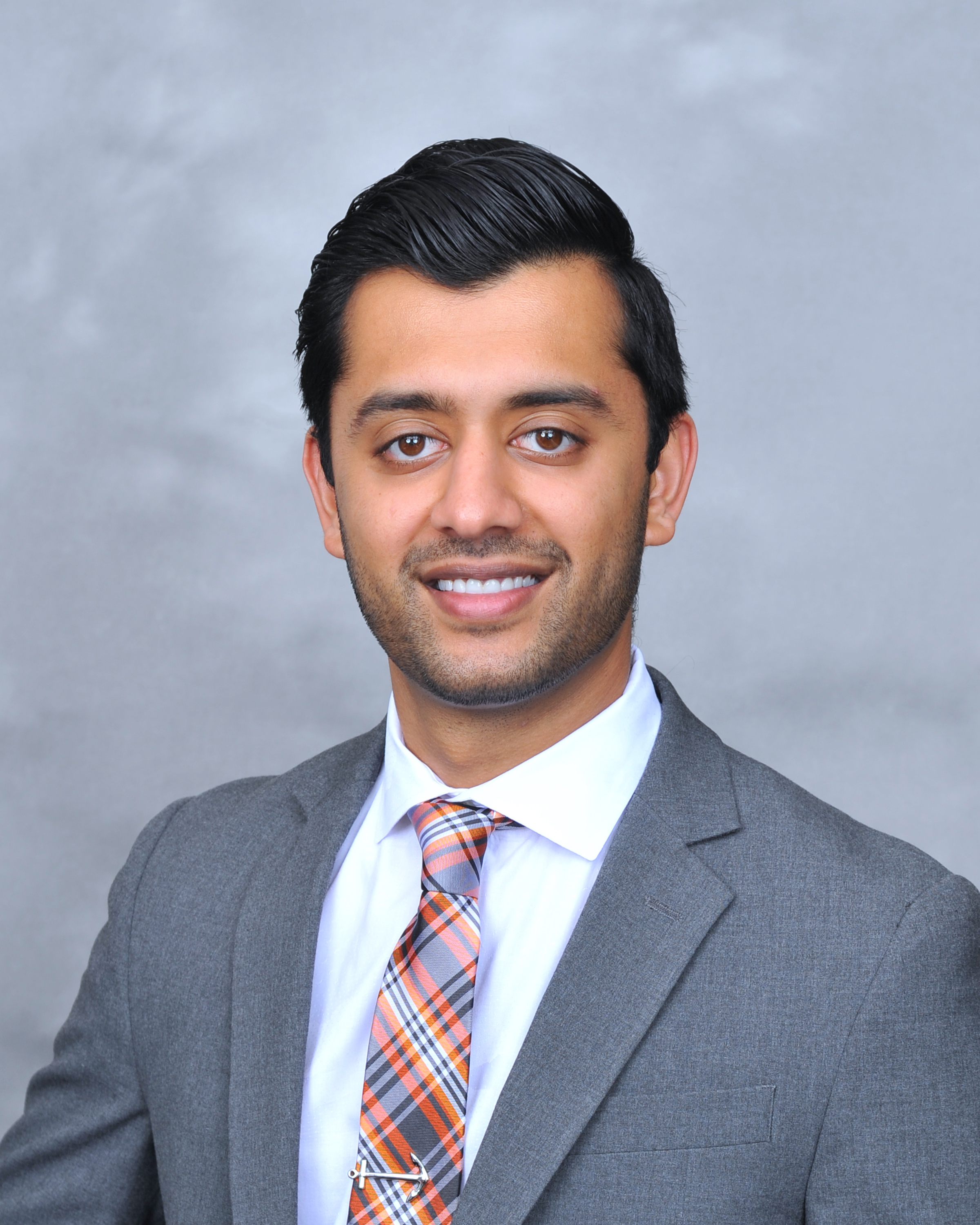 Ram is a Captive Analyst with CIC Services, where he helps with compliance, financial modeling, operational support, and advanced financial strategies for the Captives. He has spent his whole life in the hotel industry while also having a background in Supply Chain Management and Insurance. He also holds a Life license active in TN.

Ram is a very adventurous person and likes to learn about new industries and concepts. He is still very involved in the hotel industry and is part of several major hotel associations. Ram received his Bachelor of Science in Supply Chain Management from the University of Tennessee in 2015.

Ram can be found playing golf, going to UT sporting events, or hanging out with friends when he isn’t working. He resides in Lenoir City, TN. 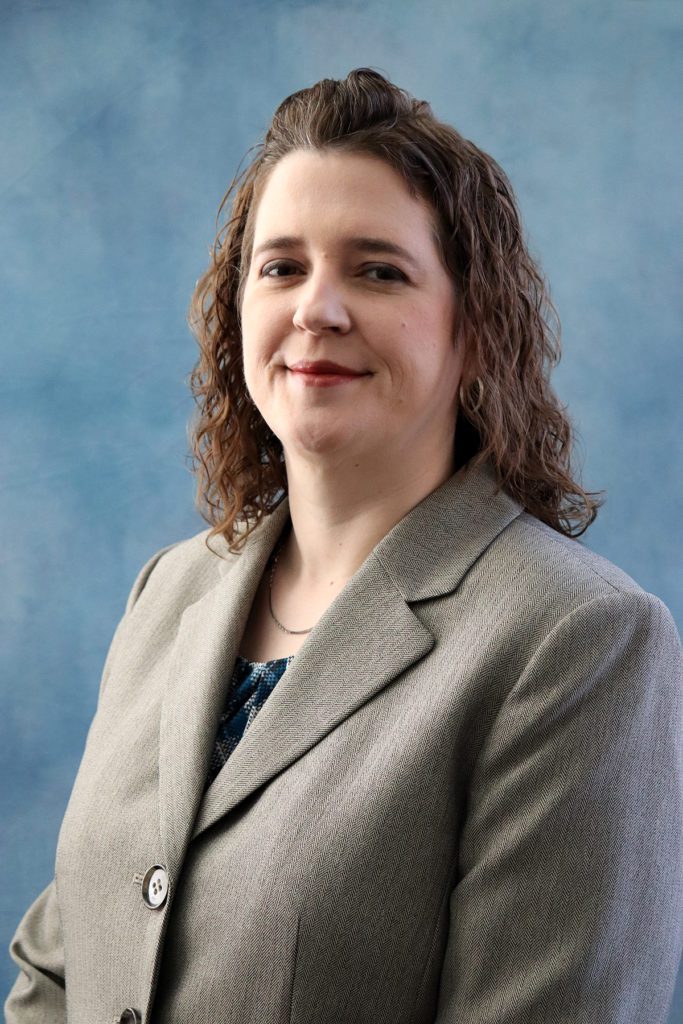 Samantha Patton is an Accounting Specialist at CIC Services, LLC; responsible for reconciliations, bill payments, invoices, and deposits for all captive clients. Prior to joining CIC Services, LLC, Samantha served in a variety of positions with one of the largest health care systems in the region, most recently serving as a Staff Accountant in Corporate Reimbursement. In this role, Samantha routinely worked with federal and state insurances.

Samantha is a native of Lansing, Michigan, and received her Bachelor of Science in Accounting from Colorado State University. 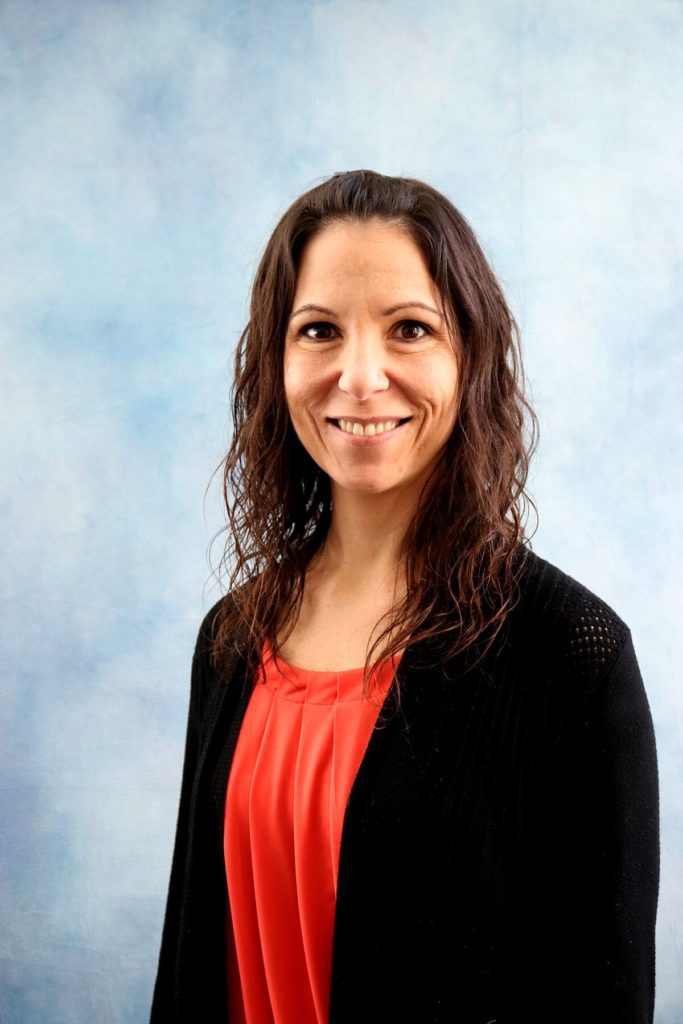 Christina L. Mahaffey is an Accounting Specialist at CIC Services, LLC. Prior to joining CIC Services, LLC, Christina worked as a Lead Accountant at Leidos, Inc. where she was responsible for various areas such as fixed assets, intangible assets, and accruals for a multibillion dollar Government Contracting Corporation. She holds a Bachelor’s Degree in Business Administration and Finance from Colombia Southern University and an Associates Degree in Business Administration and Accounting from Palm Beach Community College. 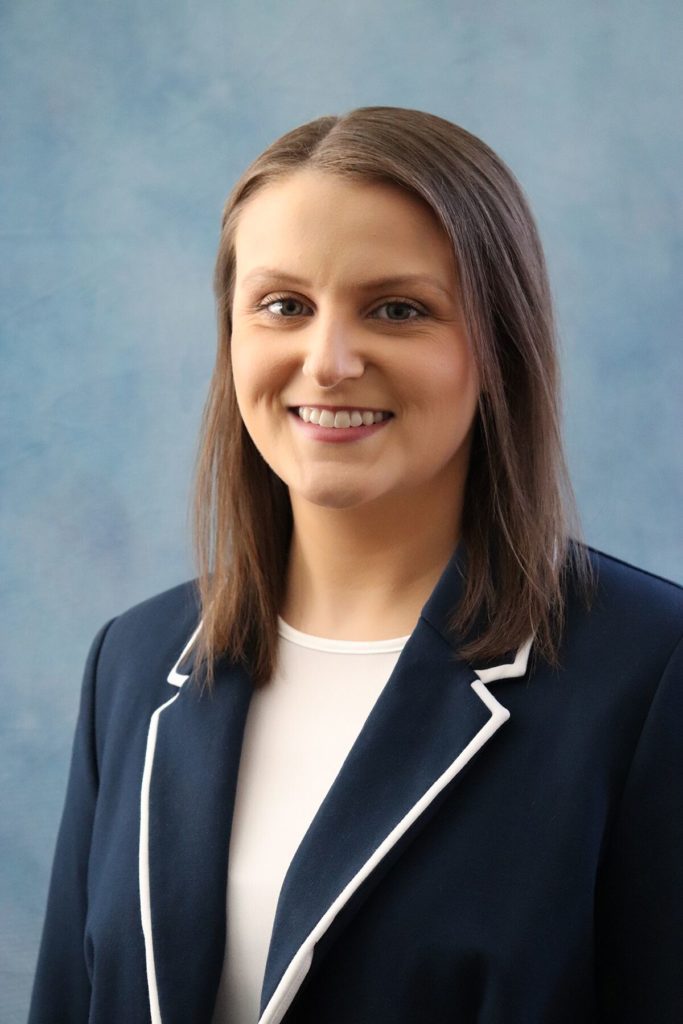 Amanda Stratton is an Accounting Specialist at CIC Services, LLC; responsible for reconciliations, bill payments, invoices, and deposits for all captive clients. Prior to joining CIC Services, LLC, Amanda graduated from Valdosta State University with a Bachelor of Business Administration Degree with a Major in Accounting. 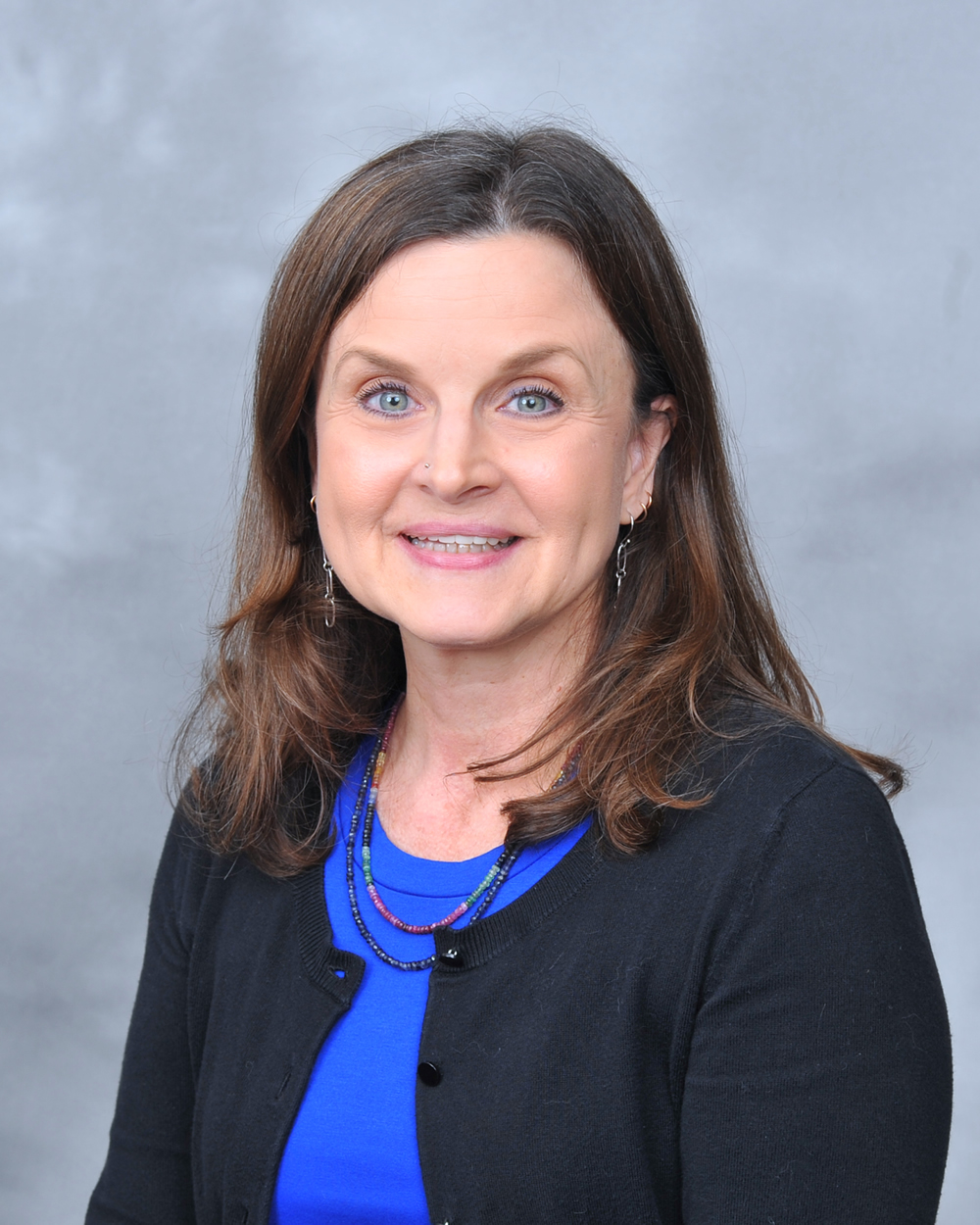 Mary joined CIC Services with almost a decade of experience in the insurance industry, where she worked for Liberty Mutual. She brings extensive administrative and office coordination experience to her role at CIC Services. Her career has included working in Office Manager and Administrative roles at Kimberly Clark Corporation, Media South and The Weather Channel. She has a long track record of improving operational efficiency in the companies where she worked.

Mary is a native of Knoxville, Tennessee. She enjoys the great outdoors, hiking and making jewelry.